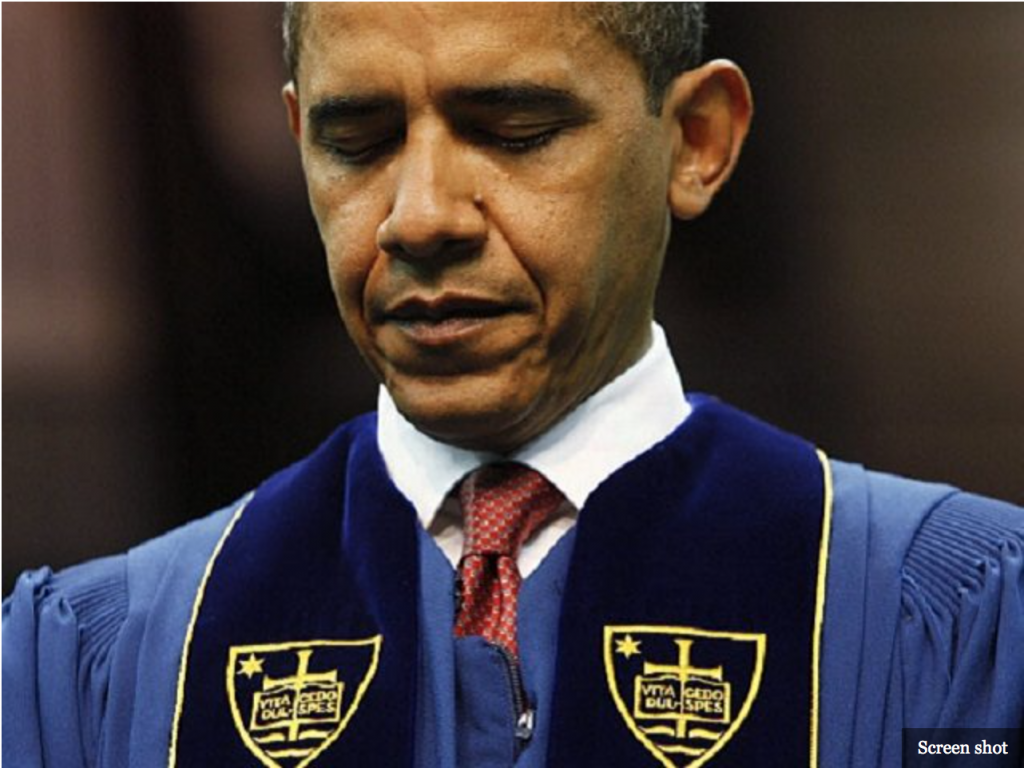 In a new study of President Obama’s legacy, the Pew Research Center found that religious affiliation and practice dropped off dramatically during his two terms in the White House.
“When it comes to the nation’s religious identity, the biggest trend during Obama’s presidency is the rise of those who claim no religion at all,” Pew notes in a report released this week titled “How America Changed During Barack Obama’s Presidency.”

When Barack Obama took office, those who identified as atheists or agnostics along with those who said their religion was “nothing in particular” totaled only 16 percent of the U.S. adult population. On leaving office 8 years later, the non-religious in America now make up nearly a quarter of the population.

On the contrary, the percentage of Americans who say they believe in God, consider religion to be very important in their lives, pray daily and attend religious services at least monthly have all dropped during the Obama years, Pew found.