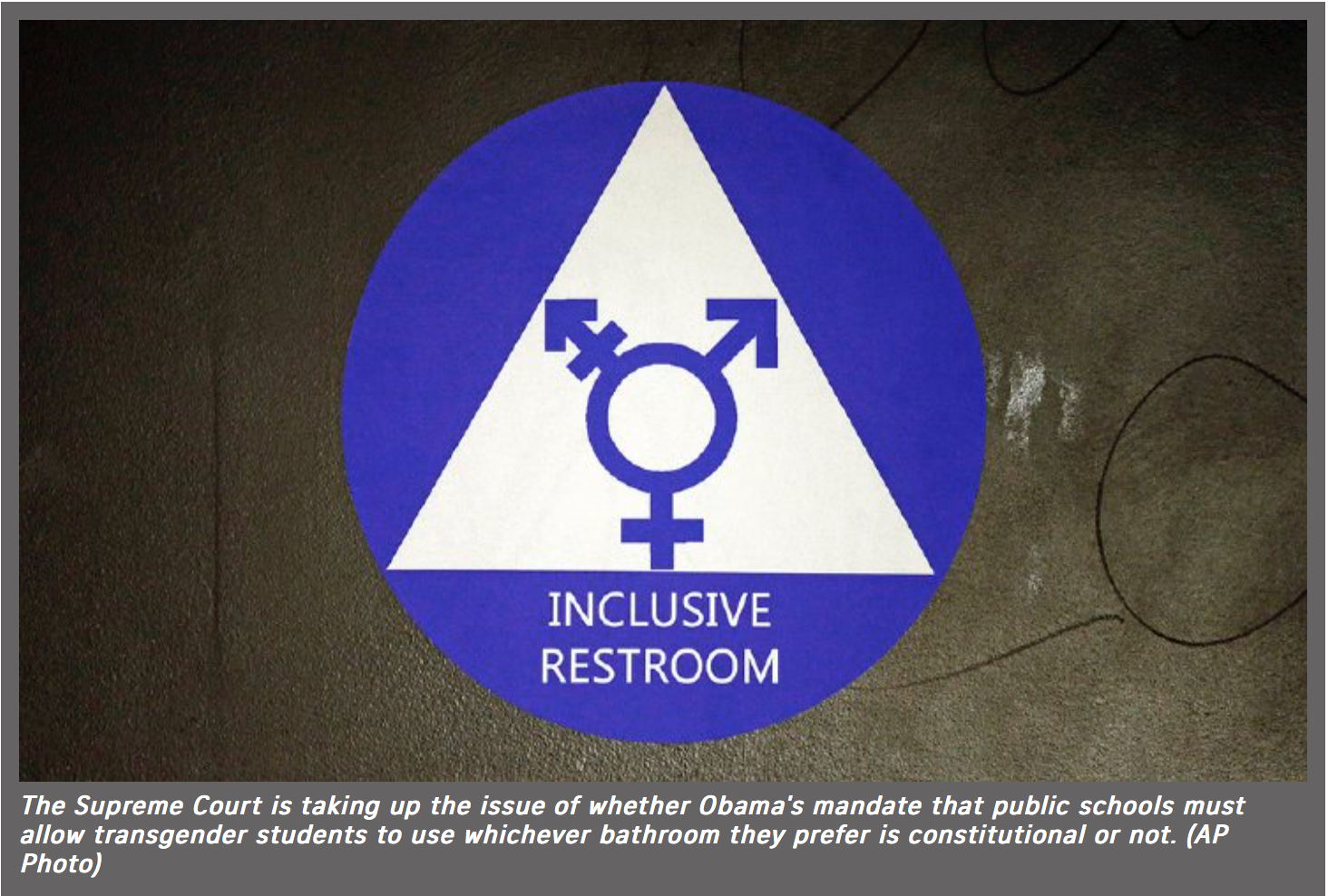 The Supreme Court said Friday it will rule on whether the Obama administration can mandate public schools to allow transgender students to use bathrooms that correspond with their gender identity.

The decision to review the case comes after the justices accepted a petition from Gloucester County, Va. In August, the highest court in the nation said in a 5-3 vote that the school board did not have to follow a lower court’s order that student Gavin Grimm should be allowed to use the boys’ bathroom during his senior year of high school.

Grimm, 17, was born female but identifies as male.

The legal question in the case is whether the Obama administration can interpret a regulation under Title IX that bans discrimination “on the basis of sex” can be interpreted as also banning discrimination based on gender identity.