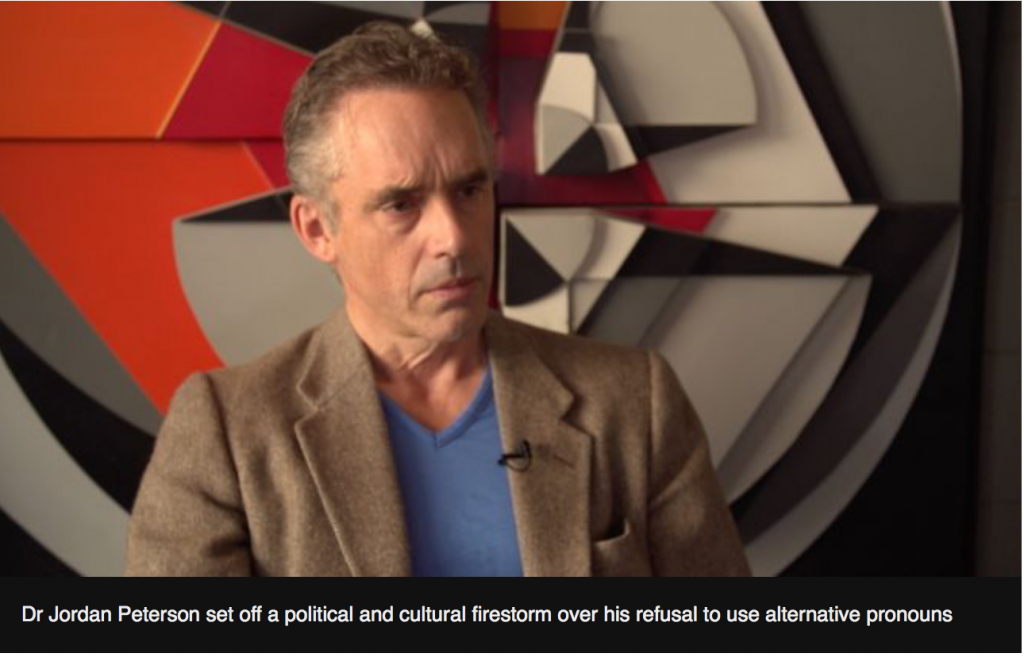 A Canadian university professor ignited controversy by refusing to use gender-neutral pronouns. Is he a villain or a victim?

In September he released a video lecture series taking aim at political correctness.
He zeroed in on Canadian human rights legislation that prohibits discrimination based on gender identity or expression.

Dr Peterson was especially frustrated with being asked to use alternative pronouns as requested by trans students or staff, like the singular ‘they’ or ‘ze’ and ‘zir’, used by some as alternatives to ‘she’ or ‘he’.

In his opposition, he set off a political and cultural firestorm that shows no signs of abating.